“Me’ah She’arim” (Hundred Gates) is one of the oldest Jerusalem neighborhoods outside the walls of the old city, founded by orthodox Jews in the 19th century.

It was originally settled by just over 100 families who signed up to be part of the new “colony,” and they took the name “Me’ah She’arim” from the weekly Torah reading.

The name was also chosen due to the founders’ awareness of kabbalah, Jewish mysticism. The numerical value of the words Me’ah She’arim equals 666, which has esoteric and kabbalistic meaning in Judaism.

Despite their transition to the Holy Land, residents have maintained the customs, habits and dress of 18th-century Eastern Europe. This includes conservative dress, black fedoras for men and floor-scraping dresses for women. Even in the height of the Middle Eastern summer it’s still customary to wear thick padded coats and fur hats. You might even have the sense that you’ve stumbled upon an Eastern European shtetl (ghetto) of the 1880s.

All the walls on the main streets are covered with “Pashkavilim” – Notices informing residents of non-compliers with religious law. You can think of it as a Facebook wall. As soon as notices are hung, people gather to read and pass on to the rest of the community.

On the streets you will rarely see women, and there is a complete separation between men and women: Men in front, Women at the back, even on the street.

As it is a religious neighborhood, visitors are expected to dress and act in a conservative manner – rules stating as much are posted on banners that hang from buildings. Residents request that visitors not take pictures or speak to children, not walk arm in arm or even hand in hand with anyone, and kissing is definitely taboo.

An attempt to visibly photograph them is considered offending, as “Photography steals the soul”. Photography is also considered an attempt to recreate one of God’s creations and is therefore against one of the Ten Commandments.

So how did I manage to take photographs?

I took my Nicon camera with me, and hung it over my neck in a very public manner, for all to see.
This way, residents could see my camera not being used, and weren’t intimidated by it.
iPhoneography (or any mobile camera) is still something that not many are aware of, let alone in a society where technology is something out of the ordinary, so I’ve managed to get rather close to my subjects and take photos without being noticed. 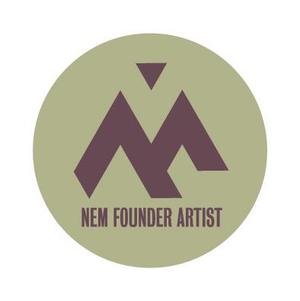